On Saturday, 27th August, 2022, at approximately 4:30 p. m. the main thoroughfare into the largest settlement on Grand Bahama, Eight Mile Rock, men, women and children from each of the seven Seventh Day Adventist churches on Grand Bahama Island assembled at the St Stephens Park, dressed in EndItNow, Global youth day and Pathfinder t-shirts. A multitude of over one hundred strong, with EndItNow banners of all sizes, when given the command, took to the streets and marched through the Eight Mile Rock community.

Community bystanders emerged to listen to the music of the Church of God of Prophecy marching band which led the parade. The message to end the violence, abuse and neglect was resounded by the chant of the crowd to…End it Now, End it now!

This year’s theme, Abuse of Power, One Voice, EndItNow, was depicted in a myriad of ways. In addition to the march, the message was put to music in an original song composed by Letitia Bullard; portrayed in the form of a skit performed by our North Bahamas Conference youth; and addressed in guest presentations.

Abuse of power, One Voice, EndItNow, was dramatically depicted in a skit which addressed the possible effects of abuse of power in the home in a parent-child relationship. The mental and physical abuse experienced by the child was demonstrated as having affected their performance at school which was manifested in usual behavior. Colossians 3:20-21

Mrs. Bowen-Forbes, announced that there is now a safe house in Grand Bahama for victims of domestic violence as well as a 24 hour hotline individuals can call to receive help in crisis. Domestic violence is statistically under-reported in The Bahamas, All were encouraged to report abuse and seek help. She emphasized that there is help, through reporting as the police Department is mandated to act in the victims favour.

Tips given to assist in identifying victims of abuse.

Be very observant of an individuals behaviour

Do not take anything for granted.

She charged all within the sound of her voice to End it now, for the life you save may be your own.

Dr. Alexandria Stuart-Major addressed and defined the three (3) categories of violence namely, Self directed; Interpersonal and Collective. She further highlighted four (4) categories according to the nature of violence as physical, sexual, psychological and involving neglect. In addition, the following tips were shared in particular reference to helping young persons who may be experiencing various forms of violence.

Share with the victim, the limits of confidentiality, i. e. Cases of abuse must be reported.

The women’s ministry of the Seventh day Adventist church led the charge in successfully raising the awareness of the Grand Bahama community to the need to end Abuse of power with one voice. Let’s end it now! 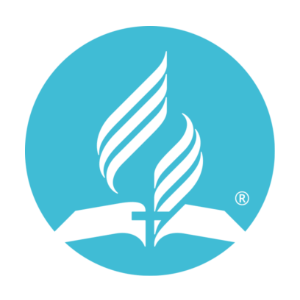